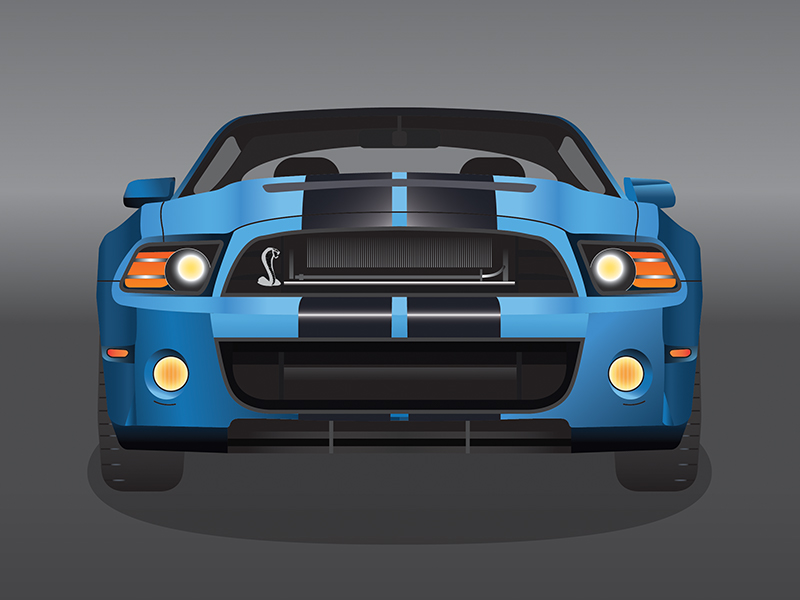 I was tasked with creating a poster advertisement created using Adobe Illustrator's shapes and pen tool for an assignment. I had decided on creating a car vector which would best illustrate my skills and knowledge in Adobe Illustrator and vector graphic designs because of the amount of details I could focus on highlighting.

At the time I was re-watching the reboot tv series, "Knight Rider", and wanted to use the same model of car, a "Shelby Mustang GT500" as my inspiration. I decided on a blue tint that matches the "Ford" logo. The challenge was to illustrate all of the details of the vehicle, while also keeping the Adobe Illustrator file organized enough to touch up. In addition to creating it so that it would be symmetrical, I used many layers to allow myself an easier time to apply a gradient mesh at the end when I wanted to manipulate lighting effects.

The submission included a printed advertisement for the vehicle enticing customers to purchase the vehicle based on its luxurious features, in addition to its stylish design. We were tasked with coming up with the additional information around the vector, from a slogan, to logos to make the poster feel more authentic.

For this project, I used software from the Adobe Creative cloud like Illustrator. 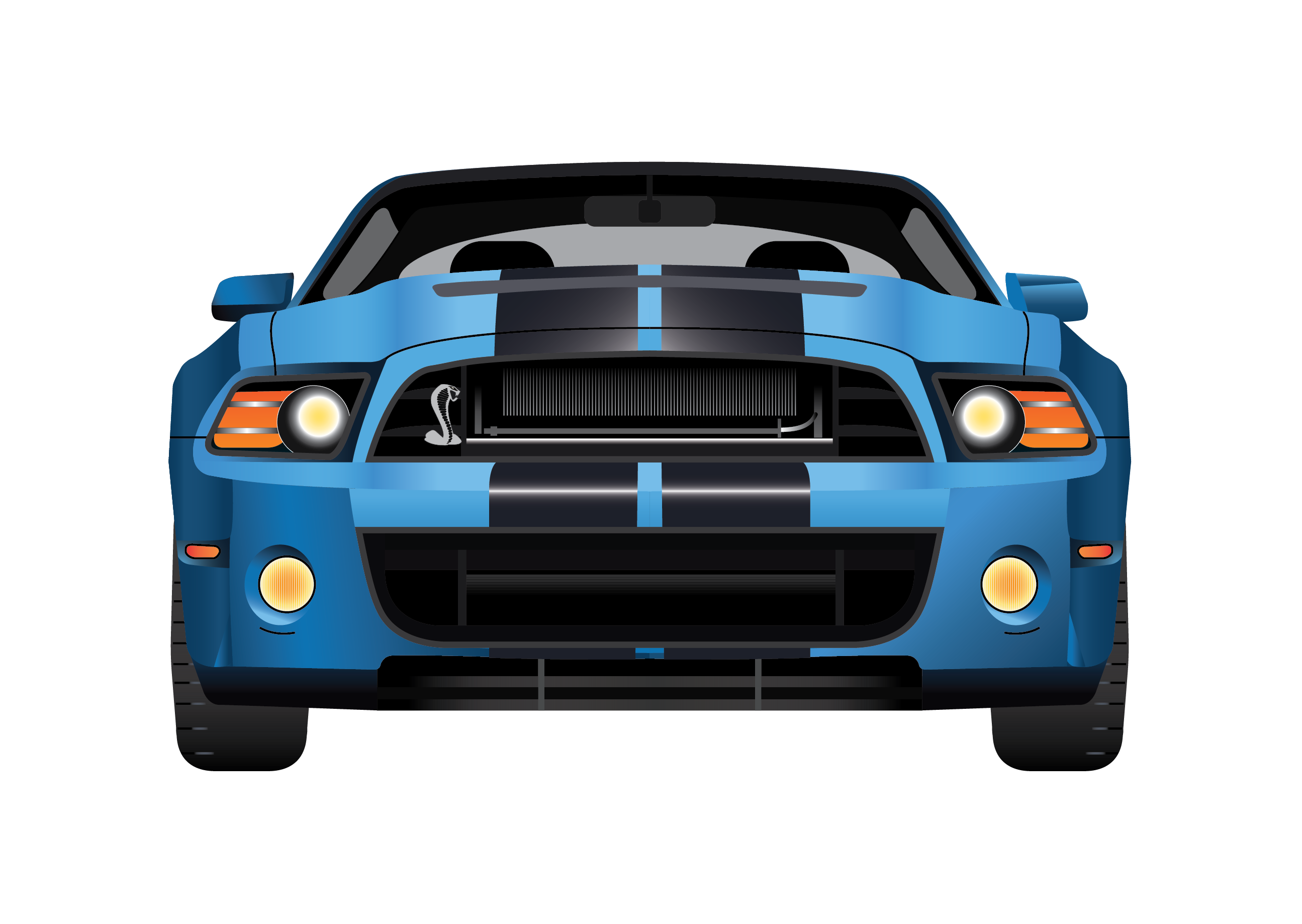 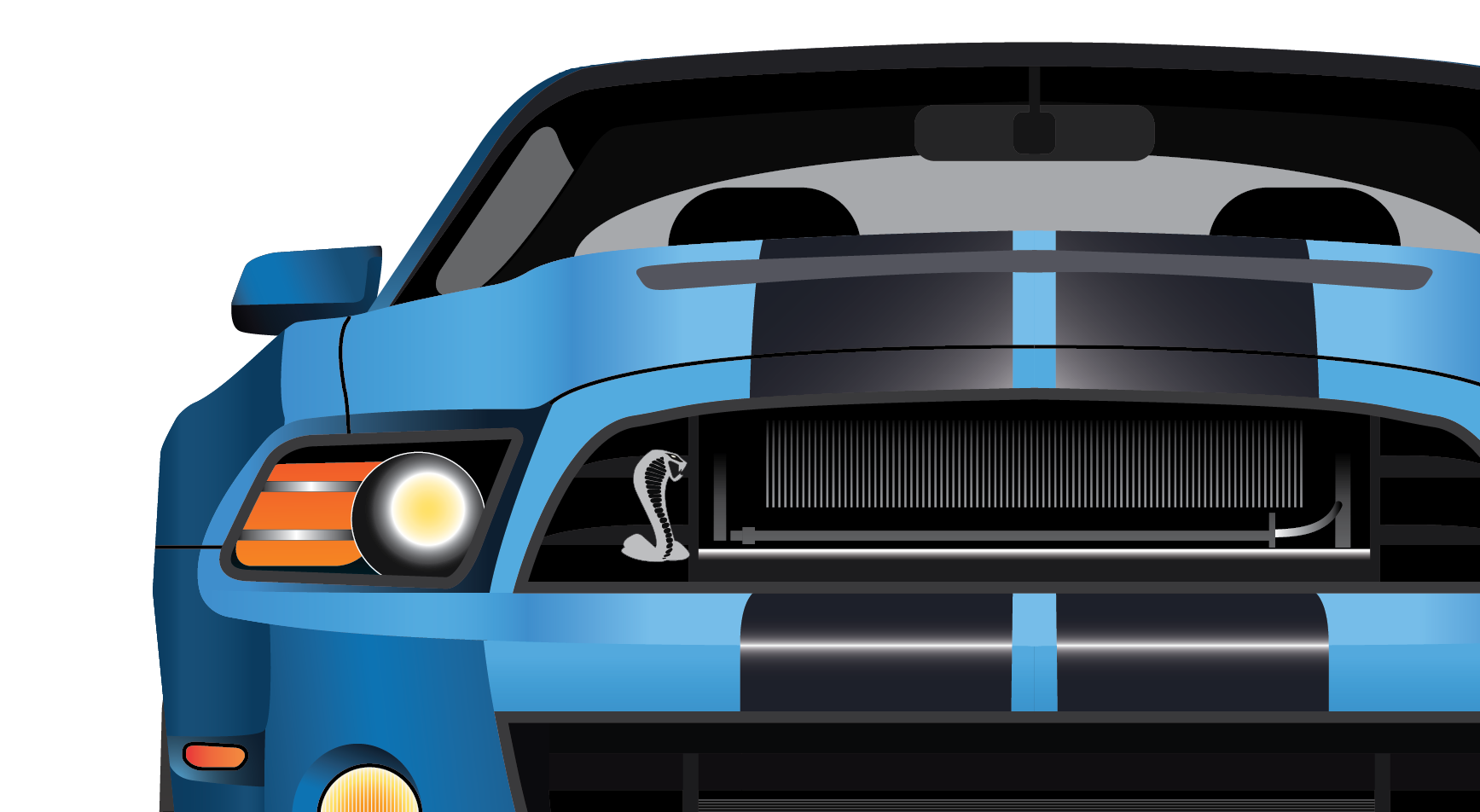 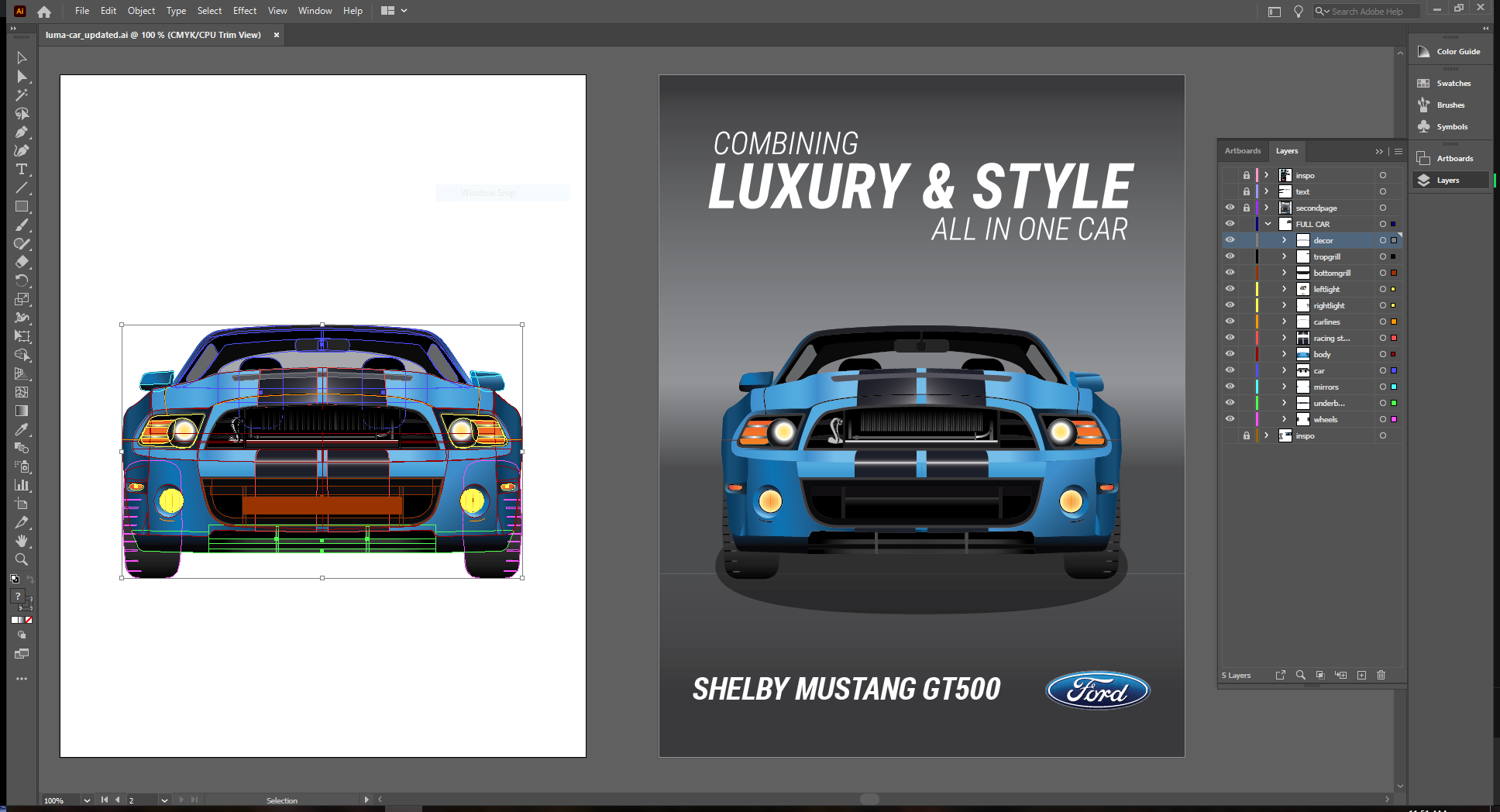 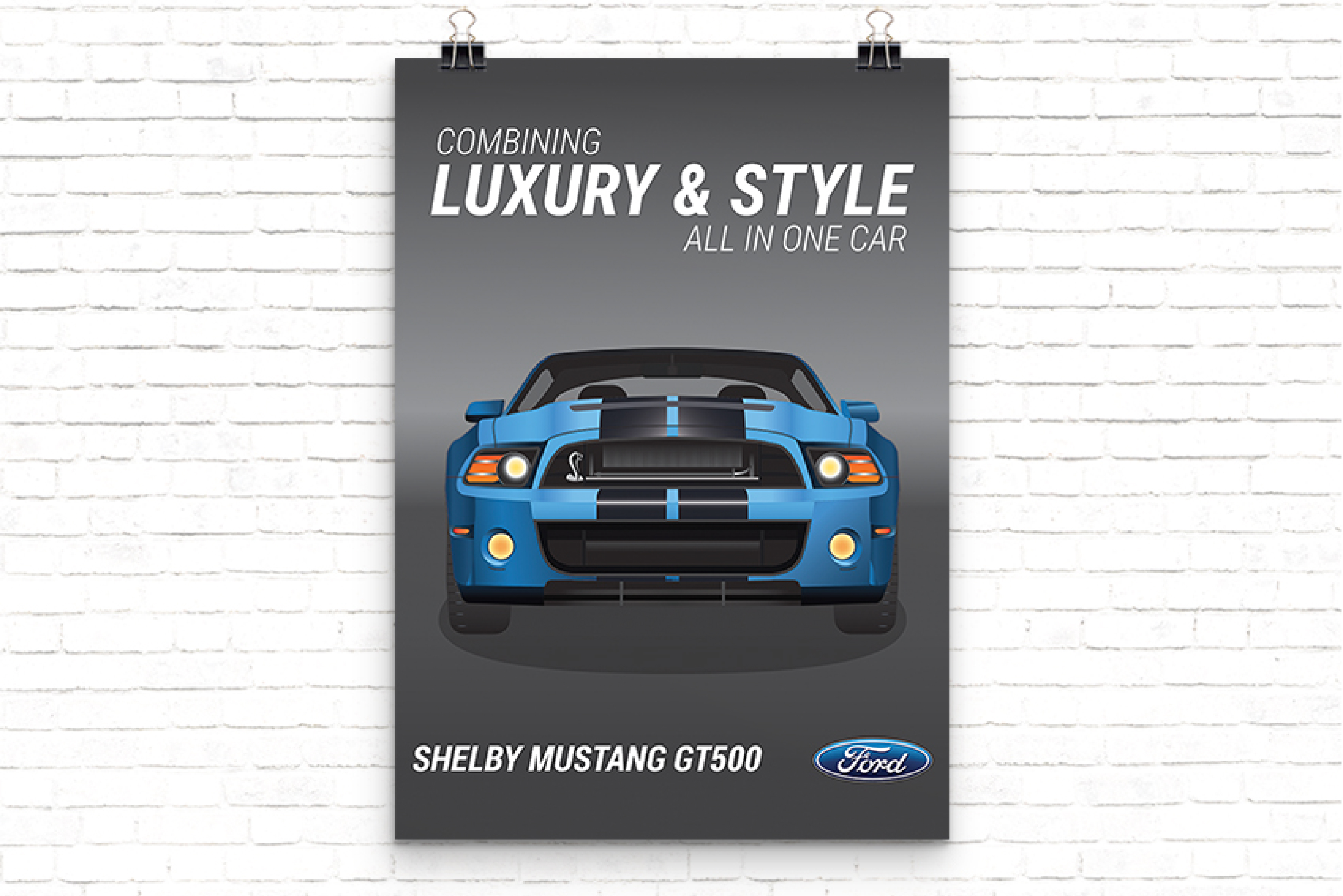 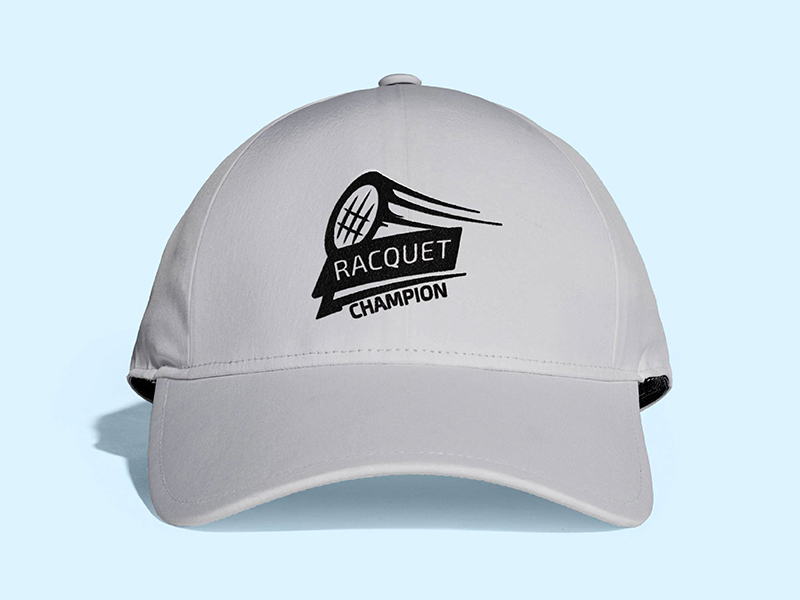 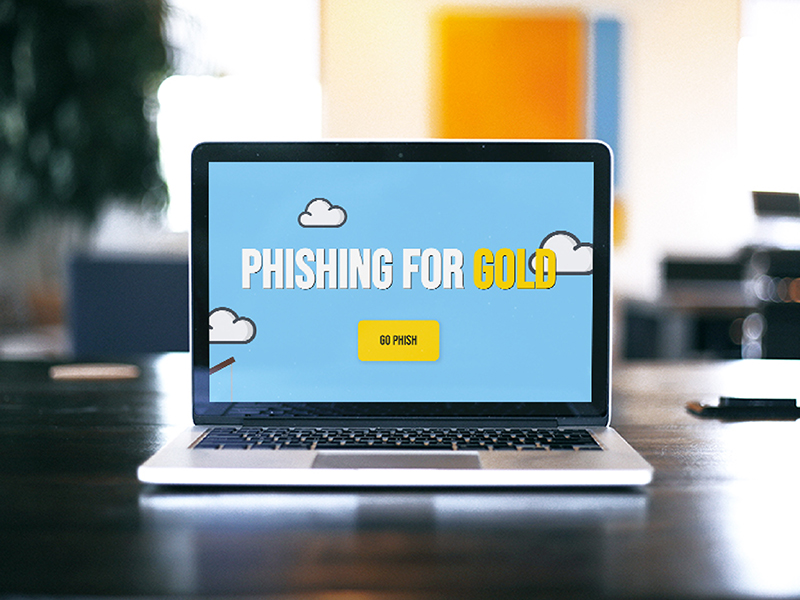 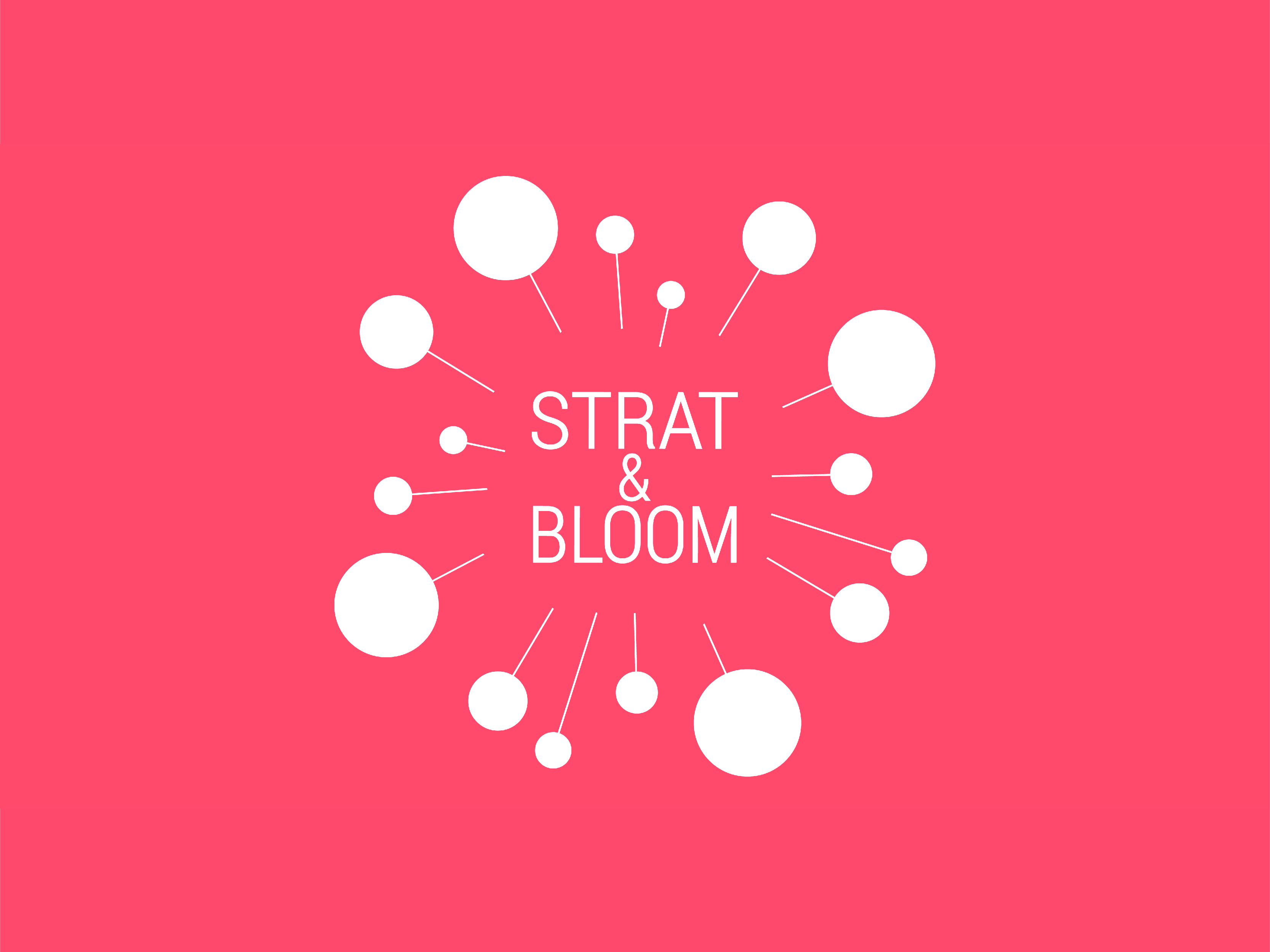 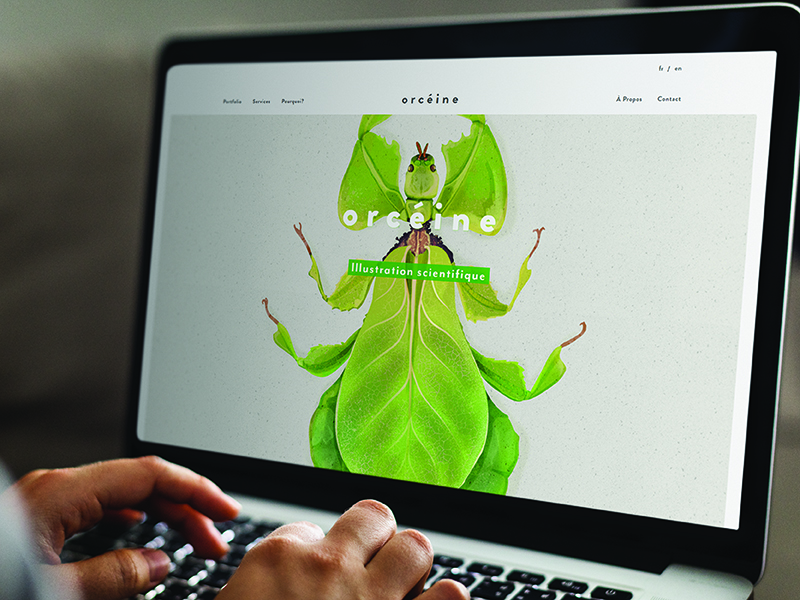 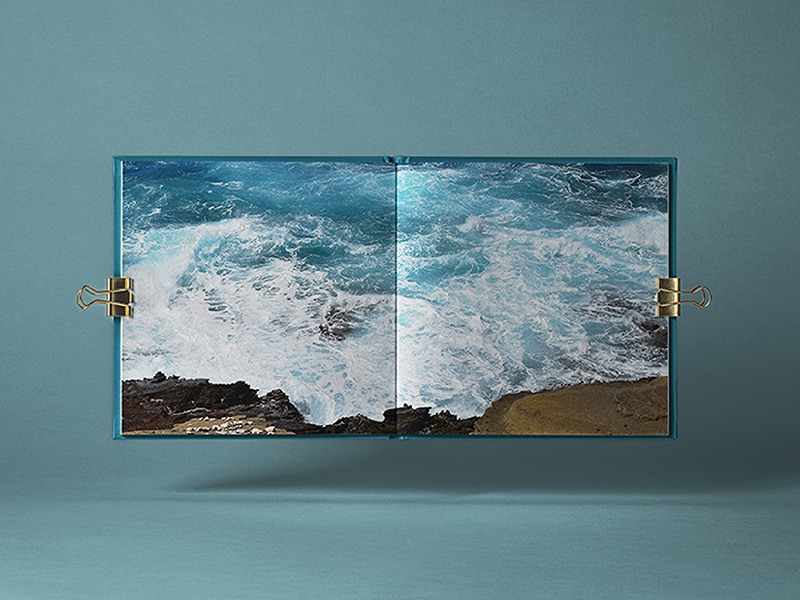 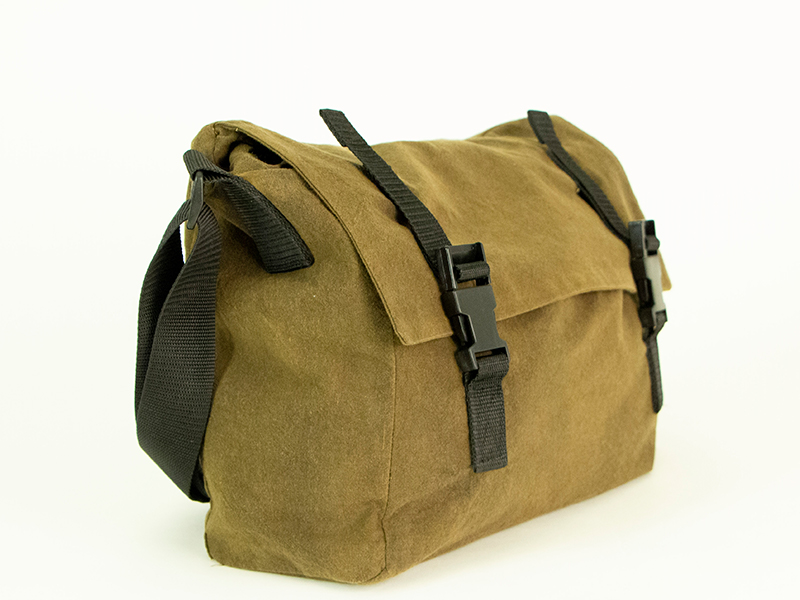